In a news concerning tech enthusiasts, Apple AirPods Pro might be able to control the playback volume in future. As per a report by PatentlyApple, the Cupertino-based tech giant has received a patent titled ‘Contextual audio system.’ The patent may have revealed some of the safety features of the upcoming AirPods Pro (2nd Generation). For instance, if a user is wearing the AirPods Pro and cycling, the AirPods will be aware of the user’s surrounding with the help of GPS on the connected Apple Watch or iPhone. While doing so, the AirPods will also control the playback volume, depending upon whether the user needs to pay attention to a dangerous situation that might lead to an accident.

The safety features could be useful for AirPods Pro users

The safety feature figures out the surrounding of a user and then does the needful in terms of lowering the volume or pausing the audio. Since users like to wear the AirPods Pro for a longer duration of time and during all the activities such as working out, walking on the street, shopping and more, the contextually aware safety mechanism could prove to be very useful. It is important to mention here that Apple is expected to release a pair of AirPods Pro this year and there is a fair chance that these features will be a part of the next-gen audio device. 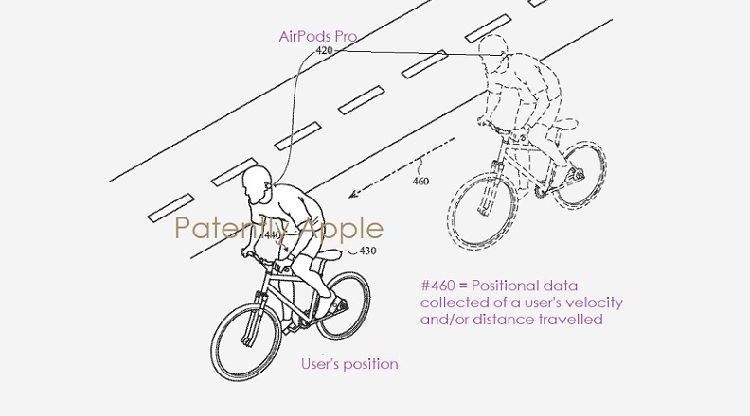 Recently, Apple was granted another patent that contains information about the technology that could make the iPhone usable in the rain. The patent talks about a device that includes a touch sensor, a capacitance detector to determine the location of input and a force detector to measure the amount and location of the force applied. Additionally, the patent talks about a moisture sensor that can determine the total amount of moisture present on the protective layer above the screen. From what it looks like, Apple wants to combine these four sensors to create an iPhone display that is better at responding in a moist environment, including rain or a swimming pool.