A trip meant to introduce one man’s son to his family and his heritage in the UK turned into a long nightmarish runaround after he lost his luggage when flying with Air Canada. A month later, he is still tracking down the bag — long after returning home.

Simon Crimp’s 10-year-old son has been begging him to take him to England for years to meet his cousins. So Crimp, who was raised in southwest England in Devon and now lives in Surrey, thought it was a great plan and organized a father-son trip.

On June 3, the two checked in their bags, boarded a flight to Halifax, and later connected to London, Heathrow.

When Crimp and his son landed in the UK on June 4 in the late evening, Crimp says it took hours to wait for the luggage carousel. When they could not find their luggage, they also looked for help.

“But because it was late at the time all the Air Canada agents had gone.”

The long search, with no developments, meant the two could only catch a double-decker bus outside the terminal and then catch a cab to bring them to their accommodation in the early hours of the morning on June 5. 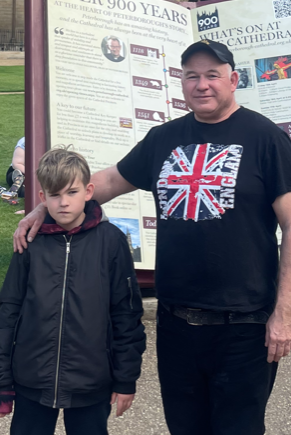 The next day was spent waiting to get hold of a call agent at Air Canada for hours and trying to work with the airline to find a solution.

Crimp tells Daily Hive he had to cancel plans to show his son around so they could replace their clothing and items like toiletries instead.

“Unfortunately, the…proper first day we were [in London] to do anything was on a Sunday. A lot of the regular shops that you’d like to go to shop at normally… were closed. So the shops really that were open for us was the souvenir shops where we managed to pick up the odd thing. But then, of course, we pay the tourist’s prices, so like $50 for a hoodie,” he explained.

“It started to cost a lot more than anticipated… it’s turned out to be a lot more expensive now… because of the lost baggage or delayed baggage which still we’re waiting for to show up here now.”

The day before the pair were set to drive outside of London to Kent, which is in southeast England, Crimp says he called Air Canada to ask if he could pick up his bag from Heathrow Airport before he left the city. He says the agent gave him directions on how to pick up the bag and confirmed it would be there waiting for him.

On June 7, before making their way to their next stop, Crimp stopped by the airport. To his disappointment, after hours-long waiting, he eventually learned the bag was out on delivery.

“I’m like, ‘Is there any communication between [the airport] and Air Canada?’ Because obviously there’s a serious breakdown in communication somewhere. So I gave him the new address for the next location we’re staying in.” 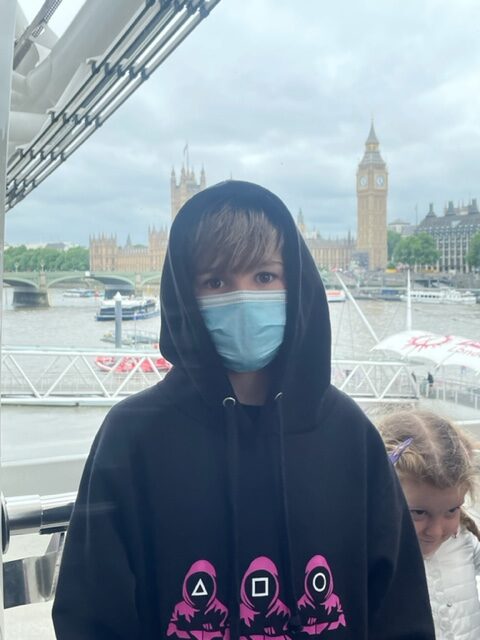 The night Crimp arrived in Kent where he planned to stay for three nights, he learned his bag was delivered to his hotel in London. A carrier said they would deliver it to the region Crimp was staying in, but nothing arrived during their stay.

On June 10, Crimp checked out and told the hotel not to accept any baggage that would belong to them since would not be able in the area to accept it.

He returned to Canada, but still no luggage

Days later, Crimp got an email that a second delivery attempt was made in Kent, but he and his son were back in Canada.

Crimp arrived back home on June 18 and the following day submitted a reimbursement claim and a complaint letter.

Aside from being compensated for the clothing and items he had to replace, “I expect to have some good compensation for the inconvenience.”

In an email statement to Daily Hive, Air Canada said it can’t comment on Crimp’s case directly but says “the global air transport industry is currently challenged due to issues with airports and third-party providers of such services as passenger screening, customs, and air navigation.”

“We are working hard with these partners and governments to resolve these issues as they are affecting the performance of airlines,” Air Canada added.

Knowing the barriers the airline is facing, Crimp said, “I can understand things are chaotic and everything… but I think, there’s no reason why there shouldn’t be any kind of breakdown and communication.”