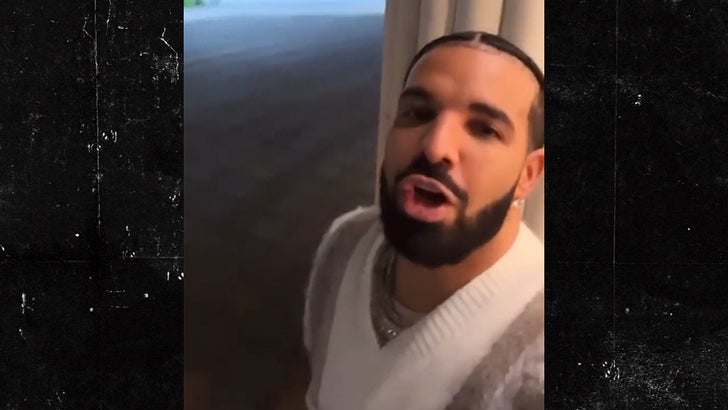 drake and The Weeknd are 2 of the biggest artists … EVERRR, and they just both happen to be from Toronto — and Drake’s celebrating that ahead of a milestone for his friend.

The Weeknd’s playing a huge hometown show Friday night at Rogers Centre, and Drizzy got in his feels a bit … reminiscing on hearing Weeknd’s music before he was a Billboard-breaking superstar.

He thanked OVO capo Oliver El Khatib for putting him on back in the day and plugged the stadium show for Abel’s After Hours til Dawn Tour … which was delayed several times during the COVID-19 pandemic.

Weeknd was a literal instrumental part of the success of Drake’s 2011 breakout album “Take Care” where he worked on several tracks before he himself blew up on the commercial scene a couple years later.

Don’t be surprised if Weeknd brings out Drizzy on stage tonight. With him being in town, you should probably expect it! BTW, there are still some seats left for it…if you’re in the Six.

They’re also due for another collaboration … their last official duet was all the way back in 2013.