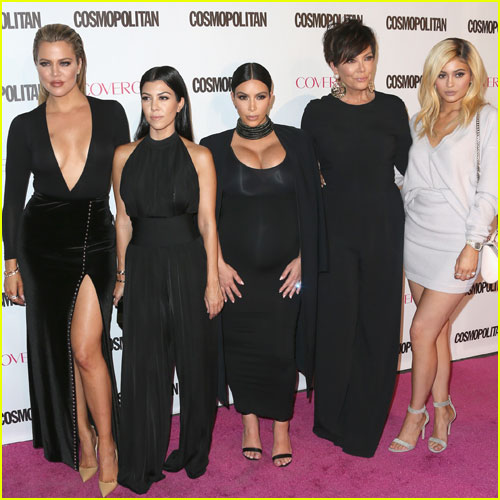 While speaking with Martha Stewart we iHeartRadio‘s Martha Stewart Podcast, Chris opened up about marrying Robert Kardashian in 1978 and recalled becoming pregnant with eldest daughter Kourtney Kardashian on their honeymoon.

“I had Kourtney nine months, two weeks and two days later,” Chris recalled. “I know that because all the Armenian ladies were probably counting…I promise I got pregnant on my honeymoon. You know, those were the days where—I’m very old fashioned.”

Martha then asked how Chris feels “when your girls are going out and getting pregnant with men who are not their husbands,” adding, “You’ve evolved, haven’t you?”

“I guess so,” Chris responded. “I get more and more understanding. I get what this generation—and I have so many generations now in my family—I guess there’s such a big age difference.”

Chris went on to say that she’s embraced the changing times from how things were when she was younger.

“I’ve been through so many things in my life that hindsight is very important,” Chris shared. “Because I learned so much along the way that I knew nothing about before. I think that I do. I embrace what is in front of me. I think that I am easy once I understand it.”

Specifically with her daughters, Chris added, “They could throw anything at me, and I’m here for them. They know that. There’s nothing that I would judge. Not at all. I mean, I just never would.”

Chris currently has 11 grandchildren, with daughter Kendall Jenner being the only one to not have a child yet.

In an interview from earlier this year, Chris revealed the advice she gave Kim Kardashian amid her divorce from Kanye West.