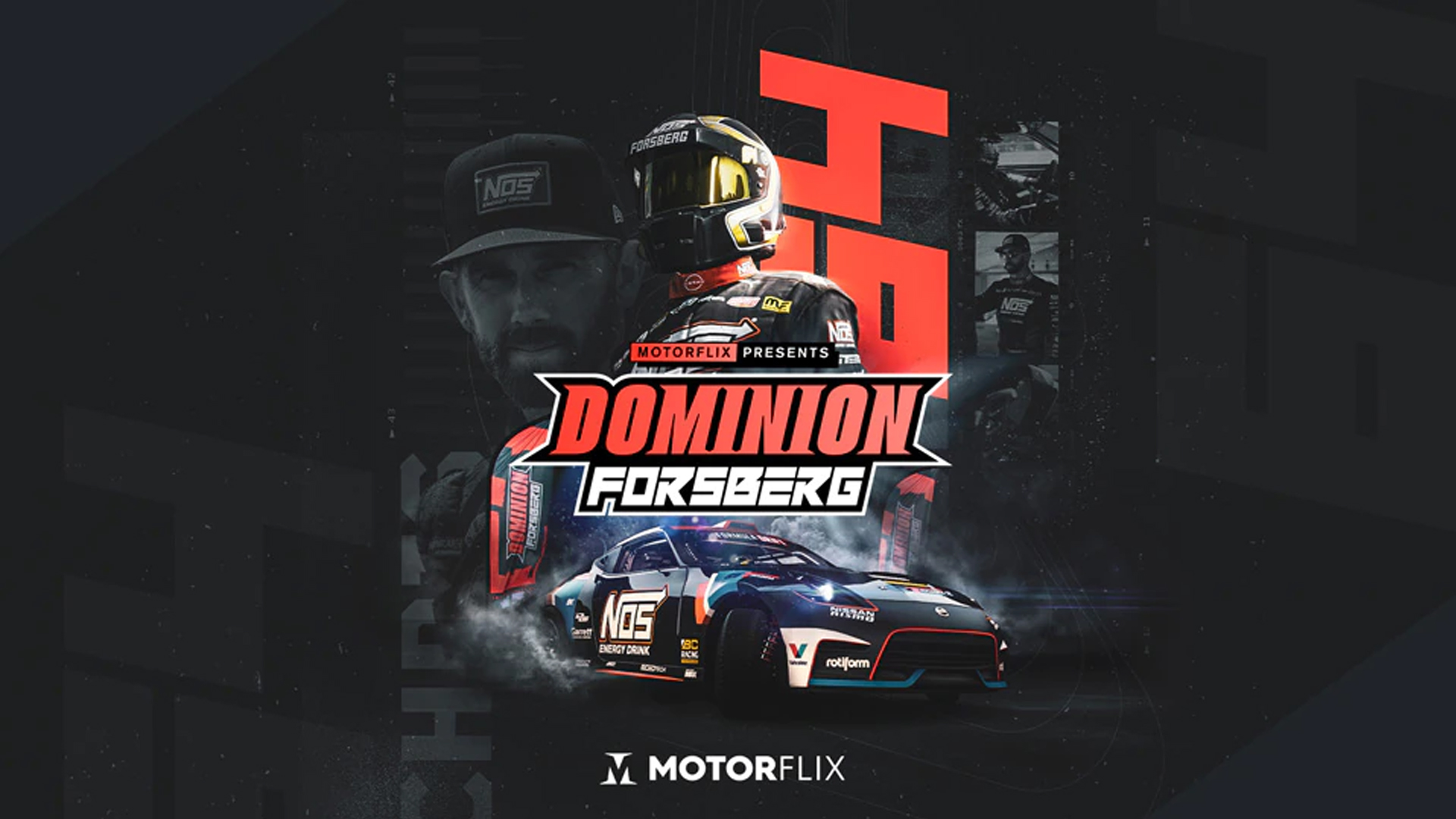 A giant new update for The Crew 2 has just landed today, 6th July 2022, and not only does it include a fresh MotorFlix season, but also the most significant quality of life changes to the game since its 2018 launch.

There is revised vehicle handling, enhanced dynamic weather and visual improvements, especially for those with a PlayStation 5 or Xbox Series X. These affect all elements of the game, but it’s also time for Season 6 Episode 1 of MotorFlix, which is themed around three -time Formula Drift Champion Chris Forsberg.

As with the previous 10 MotorFlix episodes, new cars, challenges and cosmetic items have been added to the open-world racer.

The following three cars are used within the new MotorFlix challenges, which are set across six new motorsport parks within the existing environment. You will be driving for Forsberg Racing while Chris himself guides you through each task.

Each is available now for earned in-game credits. There is an in-game Super Pack 1 that includes the 350Z Roadster and GT-R Nismo GT3 too at a reduced rate.

Below are this MotoFlix episode’s events:

As you progress through the new missions, you can earn XP and unlock tiers of MotorPass. Like Podium Pass in F1 22, there is also an optional paid level to MotorPass for additional items.

The following vehicle is unlocked at Tier 25 of the free MotorPass, in addition to the three cars mentioned above that are available immediately.

The following three cars can be unlocked at set tiers on the premium MotorPass option.

As is to be expected, a new Motoflix-themed Live Summit is also live – where players complete a series of challenges, ranked across an online leaderboard. Finish in the top percentiles and you can unlock further rewards.

This Live Summit is set in New York, and points are increased across each challenge that Forsberg guides you through. The Platinum-level reward is a modified Mazda RX-7 Turbo Sakura Edition. Swanky.

There’s an optional Dominion Series Phase 1 car bundle too, available to buy with in-game credits, that includes the following vehicles:

One of the main complaints raised towards The Crew 2 is the vehicle handling. Now, it’s far from a simulator and the game has many redeeming qualities, but sometimes you just don’t feel connected to the cars, as if you’re not really in complete control.

For this update, the focus is on the Rally Cross and Touring Car vehicle categories. The Rally Cross vehicles have had their suspension stiffened, while the Touring Cars have been tweaked so old and new cars are more aligned.

As the game features a fully dynamic weather system, more on that later, the difference in grip changes has also been increased when it snows or rains.

For those of you with a shiny new console, while you could always play The Crew 2 via backwards compatibility, it didn’t perform any smoother.

Now though, the frame rate has been doubled from 30fps to 60fps and is split across two graphical modes:

For this with an Xbox Series S, these enhancements are not yet available. It has not been confirmed either way, but it is said that the possibility of 60fps is being “investigated.”

Screen space shadows are now also a feature on PS5 and Xbox Series X|S, allowing for any object to project a shadow at any distance. Both 60fps and SSS are already present on the PC version.

A ‘fuzz’ visual effect – enhancing the look of ‘fluffy material such as grass, branches, or small bushes – is a further new visual addition for all platforms, old and new.

The dynamic weather system previously showcased several different conditions within a two-hour real-time window, but this has now been altered so ‘bad’ weather – such as snow – is only seen up to five per cent of the time. Plus, when it does snow, there will be less of it.

The color of the sky has now been boosted, with sunrises more yellow and sunsets more orange. Shadows in the clouds have been toned down, with more white than grey.

It all adds up to a significant visual uplift, even for those paying on older consoles, plus a bevy of new Forsberg-themed cars and challenges. Let us know in the comments below if you enjoy these new changes.