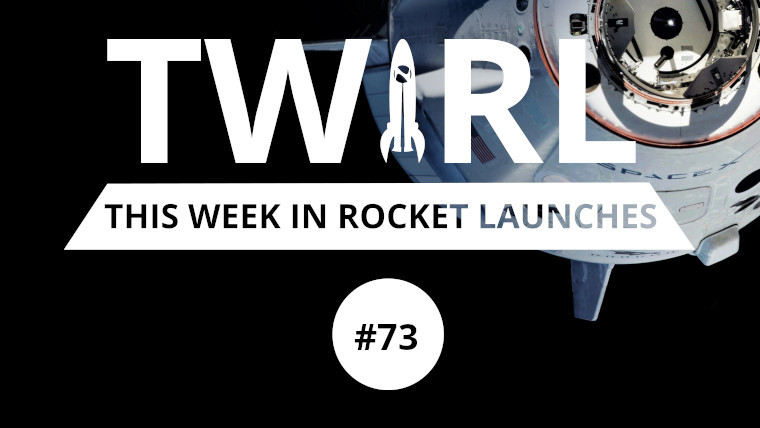 In the next week, we have four rocket launches scheduled. The most interesting of these is probably a Dragon 2 cargo mission to the International Space Station (ISS). We also have Arianespace’s Vega C rocket set to launch on its maiden flight (delayed from last week), so that should be exciting too. Be sure to check out the end of the article for a recap of the last week of launches, including NASA’s CAPSTONE mission.

The first launch of the week is scheduled for 1:39 am UTC on Monday. SpaceX will launch a Falcon 9 from the Vandenberg Space Force Base in California. The mission will be carrying 46 Starlink satellites that will be placed into a polar low Earth orbit and boost the Starlink constellation that sends internet connectivity to receivers on the ground for customers. As always, this launch will be streamed on the SpaceX website.

Next up, China is launching a Long March CZ-3B/E rocket carrying the third 2nd generation Tianlian satellite, which acts as a relay between ground stations and orbiting satellites. If this mission sounds familiar, it’s because it was meant to launch yesterday but got delayed. Instead, it’s due for launch at 4:34 pm on July 12 from the Xichang Satellite Launch Center. There probably won’t be a live stream, but we should have the footage in the recap next week.

The third launch of the week is Arianespace’s Vega C rocket carrying the Laser Relativity Satellite 2 (LARES 2) which will study the Earth’s gravitational field and make general relativity measurements. As secondary payloads, there will be six CubeSats aboard. Notably, this is the first time Vega C will fly, so it’s a definite must-watch event this week. It will take off from French Guiana at 11:13 am UTC.

Finally, SpaceX is due to launch a second Falcon 9, this time carrying Dragon 2 to the ISS with operational cargo. This mission is flying as part of the Commercial Resupply Services (CRS) contract that SpaceX has with NASA. It’s due for take-off at 12:44 am UTC from Florida and will be streamed on SpaceX’s website.

The first launch we got last week was Rocket Lab’s Electron rocket carrying NASA’s CAPSTONE mission. The mission will examine a possible Lunar orbit for the planned Lunar Gateway. The CAPSTONE satellite did lose comms back to NASA, but the issue has been resolved.

The second and final launch we go was a SpaceX Starlink mission. The launch vehicle was a Falcon 9 rocket.

That’s all we’ve got this week, be sure to come back next week.