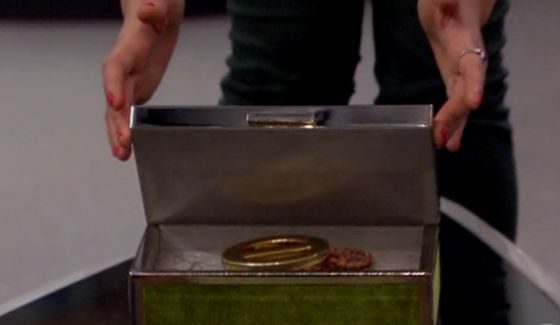 Spoilers are in for the first Power of Veto meeting of Big Brother 24 as Feeds have returned and we’ve gathered the results. The PoV holder has made his obvious choice and the Head of Household has made his move too. Read on for the Big Brother spoilers.

Daniel was stressed about how he would look to viewers if he ended his week with two Black HGs on the Block and spoke with HGs at length about the issue. Ultimately though it was his decision to make and after his pursuit of anyone the house would label as a target he went with the easy out instead of an actual threat to his game. Looks like a squandered HOH week to me.

When Feeds came back we had Paloma giving Taylor a peptalk about how much she cares about her and how she’ll be her one true friend out of this. It’s weird. Paloma is quite the nut job it seems.

Taylor is definitely the target here and will most likely be evicted on Thursday, but of course there’s still the Backstage twist to figure out and you should be sure to cast your votes on that now over at CBS.com.

Who do you think will be the next Houseguest evicted? Vote now in our poll below.

Want to watch the meeting fallout and next moves made this week? Grab the Live Feeds’ Free Trial and start watching what’s going on inside the house right now!

Commenting Rules: Keep the conversation civil and on topic. If your comment does not add to the conversation, it will be removed. Debate intelligently. Insulting the author, Big Brother Network, or other commentators will result in comment removal and possible ban. Any comments with links or flagged words will go into moderation before approval. Anything we deem as spam will not be approved. Comments left in ALL-CAPS will be deleted regardless of content.